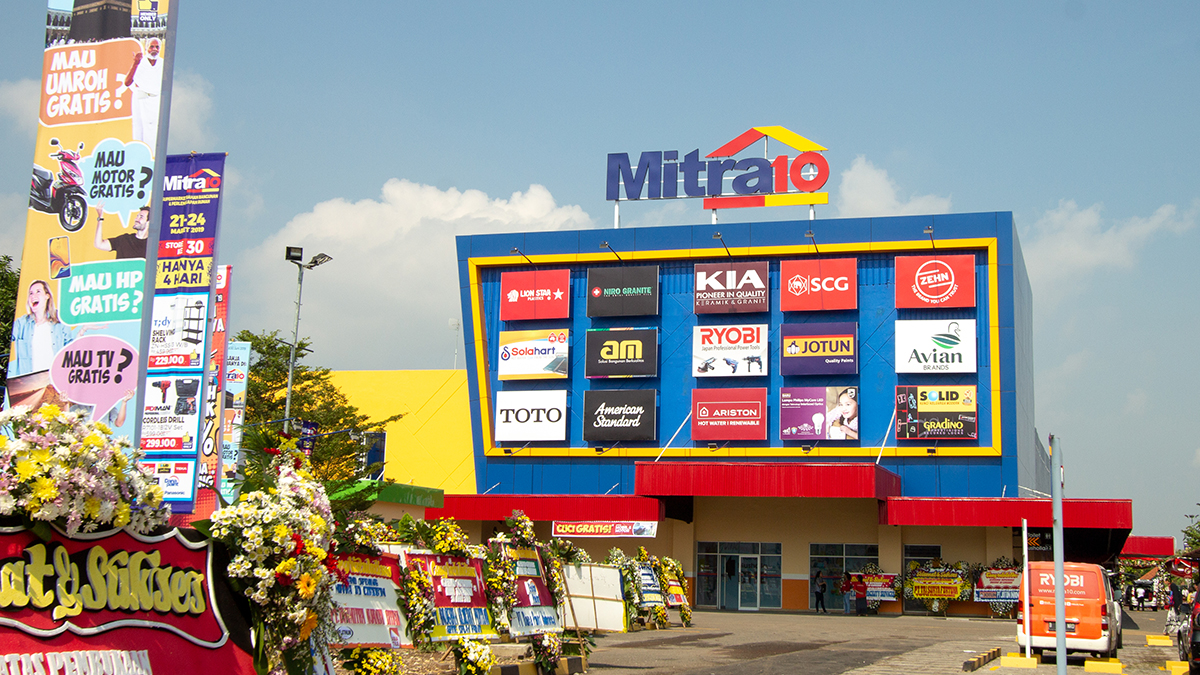 Today, 21st of March 2019, Mitra10 grand opening of its 30th store in Cirebon, West Java, occupying an area of ​​± 1.9 hectares with a sales area of ​​3,800m2, a storehouse covering 2,500m2, and selling ± 20,000 SKUs / item, products are ranging from various ceramics, paints, roofs to home appliances and carpentry equipment. Cirebon is the 2nd tier City which has the prospect of housing growth and a fairly high renovation market.

Mitra10 carries the concept of modern retail, One Stop Shop concept that is supported by a comfortable, convenience shopping atmosphere with a complete selection of goods and guaranteed prices (Price Integrity). There are 80% of products choice in Mitra10 Cirebon is a local product that contributes to advancing the domestic industry.

The selection of Mitra10 Superstore outlets is inseparable from the growth of residential / housing zones around locations that are Mitra10’s main targets. To improve customer service, Mitra10 also prepares free delievery services within a certain radius with terms and conditions apply.

CSAP’s business prospects are inseparable from Indonesia’s economic growth which targeted by the government at 5.2% (BI). This growth is related to household consumption and housing needs by market. Household consumption growth also increased by 5.1% with an inflation rate of 2.8% (BI). The backlog of housing needs has reached 11 million homes. With this indicator, CSAP is very confident that the business in Indonesia is very prospective, conducive and supports the growth of the CSAP business, which focuses on building materials, both distribution and modern retail.

CSAP management emphasizes aggressive strategic expansion to capture / strengthen market share. As of 2021, the number of Mitra10 stores will reach 50 stores. The location of the store will be distributed in Jabotabek, Central Java, East Java, Sulawesi and Kalimantan.

CSAP will continue to grow: